The suborbital flight – The adventure begins ….. 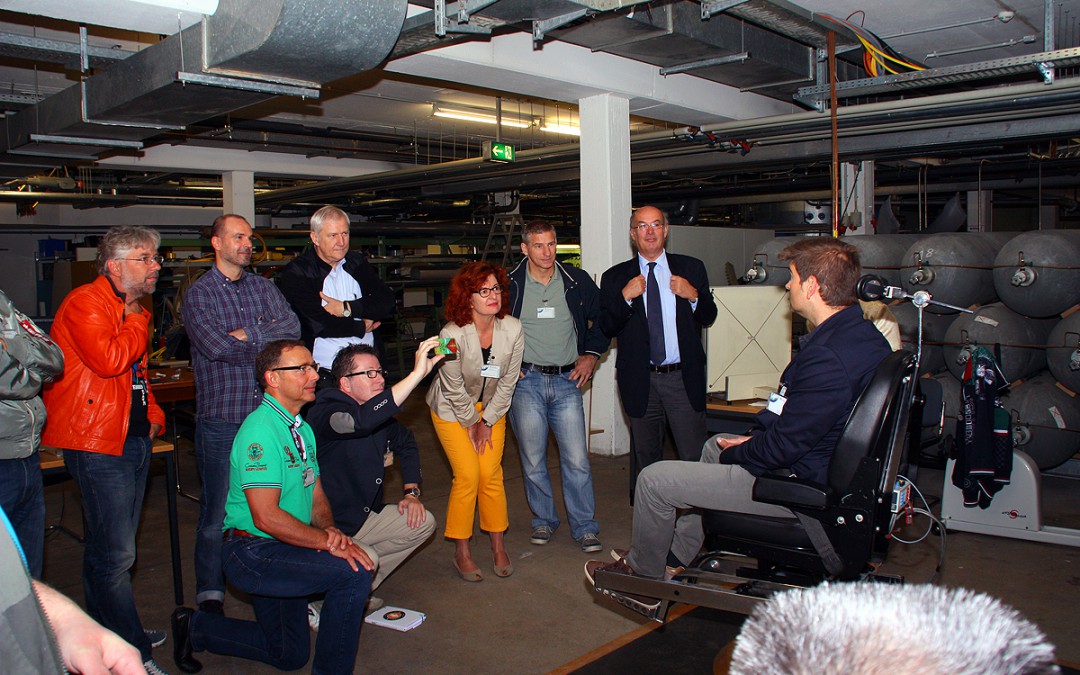 The flight into space is an adventure that can be experienced with every fiber of the heart and will remain unforgettable for ever. Everybody who has opted for this trip, know that he will experience something incredible, something that only a few people saw before him. But the way to orbit brings the aspiring astronauts to possible limitations – especially emotionally. One must be clear: as soon as the flying machine has taken off, there is no going back. You are alone, locked with the pilot in a cockpit, in a glass dome, and flies at supersonic speed into space.

You may have images from television and cinema in your head, but you do not know really what to expect. Because up there every second, every moment should be savored and every impression are consciously experienced. Strengthening the mental recording of the images, the silence, the communication with the base station, with the pilots, the nervousness, the possible tension and much more – this is it to coordinate and deal with ease.

60 – 90 minutes – this is the flying time. And this is the tim to experience this experience with all your senses and process. And this time is only the flight! Even the launch preparation and the moments after landing need to be processed and are also an experience in itself.

When I developed the program “Space Coaching”, I had to ask the question of whether I wanted to offer a standardized coaching. Based on my many years of international experience as a coach, I knew that every person has its own history and brings also different themes. Because each person is different, even the “Astronaut” – the passenger.

That’s why I decided to develop a so called “Space coach toolbox”, which provides on the one hand easy to learn tools for astronauts, on the other hand contains techniques with which changes can be effected quickly and efficiently. We call it now “displaced” is or in English “Divergent”. One of the techniques that are applied in the “Space Coaching” is the neurolimbic work.

In addition, I use a new method that is used first officially since 2012. Here, the neural connection to the negative rating / emotion of the problem is decoupled. As a result, the problem is rated clear and “emotion-free” and the coachee change his behavior more easily.

Since most “astronauts” have often struggled with anxiety and less with “euphoria brakes”, this decision was the right. The first coaching both with real astronauts as well as with the passengers confirmed their effect and the correctness of the decision. Just imagine what would happen if one is at 110 km altitude and want to get off. And we are talking here not even of what the pilot should do at this moment!

Among others the technology of formatting is part of the coaching which is the decisive prerequisite for the triggering of specific brain areas. This allows to delete old beliefs and behavior patterns. It also serves to strengthen the internal and external reference, to reach more self-confidence and to become more aware of his or her personality is. By now even noticed the layman, that this kind of coaching is good not only for the space, but the manage with the mix of diverse methods and techniques of transfer into everyday life.

We also work specifically with breathing techniques and meditation exercises. Start and preparation phases, and the entire flight, including landing are simulated. Fassbender works at this stage with sounds, smells and images – everything your heart desires. The coachee is prepared like top athletes from the area skiing, bob or Formula 1. The renowned extreme sportsman Felix Baumgartner, who mastered 2012 his 38 km Stratospheric parachute jump has worked with these techniques. He had a problem with his special pressure suit and only due to the specific mental work he could jump at all. His problem was not only the tightness of the suit, but he could not move as easily as he was used by his jumps before. The resistance and the G-forces were larger as expected.

Another part of the Tool Box Space Coaching is a memory training.  The abundance of impressions can overwhelm a and in the worst case you can not remember after landing, what you have seen everything. The memory training also aims to consciously perceive the moment to collect the impressions and to catalog and sharpen the senses. And when you get back on earth, you can still benefit from the “Space Coaching”: All techniques and methods can be applied in everyday life and serve to strengthen the personality and development of mental ability. It helps to develop strategies against euphoria brakes, as well as stress and crisis situations in daily (professional) to master life better. Finally, I would like to give to something: “The space can also be your goal. Complying with limits was yesterday – secure yourself a place in the Space coach and thus for space.